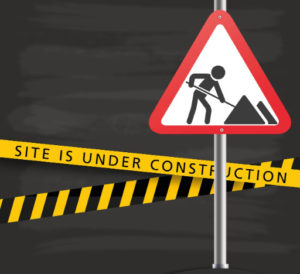 Electrical work is so imbued with public interest because of its inherent danger that electrical safety is paramount in all stages and all areas of an electrician’s work. This includes safeguarding or insulating an electrical system against possible damage resulting from ongoing or future construction work, among doing other things to make the environment as safe as possible. Otherwise, you are creating potential electrical hazards not only for the construction workers but also to the general public.

Overall refurbishment work on a building could potentially put into danger the lives of construction workers as well as other specialists like plumbers, repairmen, or anybody who becomes involved in the refurbishment work in one way or another if electrical safety is not practiced.

The best thing to do is to call an electrician before any refurbishment work is done to do a risk assessment. They will make sure that power supply is turned off for relevant rooms, while also making sure that there is sufficient electricity for the electrical tools that are being used. An electrician will also be handy to prevent damage and potential danger should construction or other work be in danger of affecting a building’s electrical system, wiring, safety devices, or other electrical equipment.

Underground cables are uniquely prone to damage during construction work because of all the digging that goes on. Arcing currents and the resulting fires can also cause severe injury to workers, so it is imperative to take proper precautions when digging at a construction site where there are possible underground electric cables.

To prevent possible danger, and potential damage to the underground cables, it is important to be aware of the area you are using as the site for your construction work. Underground cables are usually set in place according to a pre-determined plan, and these are shown in relevant blueprints.

If there are underground cables, you should plan your work accordingly, avoid damage to the identified network of underground cables whenever possible, shut off power to these cables at relevant stages of the construction work, and give advisories to those who will be affected by the power shut off that will be undertaken. As much as possible, the work should be planned and scheduled to minimize inconvenience to third parties as much as possible.

But using a plan may not be sufficient. Most construction workers also make use of cable locating devices to pinpoint with greater accuracy the location of underground cables before, and continuously during, the course of any type of construction work that requires digging into the earth. These locators should be used in conjunction with the site plans to be able to identify the location of underground cable as precisely as possible. Once identified, these areas should be marked as potential electric hazards.

Finally, when the time has come to break ground, safe digging practices must be observed. Excavation work should be done carefully, prefaced by the use of locating devices, and the digging of trial holes. And it goes without saying that when digging near the location of underground cables, insulated digging tools must be used to protect against possible electrical shocks.